Ethiopia, also known as the Federal Democratic Republic of Ethiopia, is a country located in eastern Africa. It shares borders with multiple countries like Eritrea, Djibouti, Somalia, Kenya, and Sudan. It is one of the fastest-growing economies across the globe. Ethiopia import data, as per Ethiopia trade data, reveals that imports of Ethiopia were worth USD 11.1 billion for goods, and if we talk about services imported, then they were worth USD $6.2 billion in the year 2019.

Ethiopia stood at 92nd position out of 226 countries in total imports amongst all countries in the year 2020 according to Ethiopia import data statistics. Significant imports of Ethiopia are petrol ($1.24 billion), gas turbines ($532 million), airplanes ($406 million), wheat ($320 million), and medicaments ($137 million). 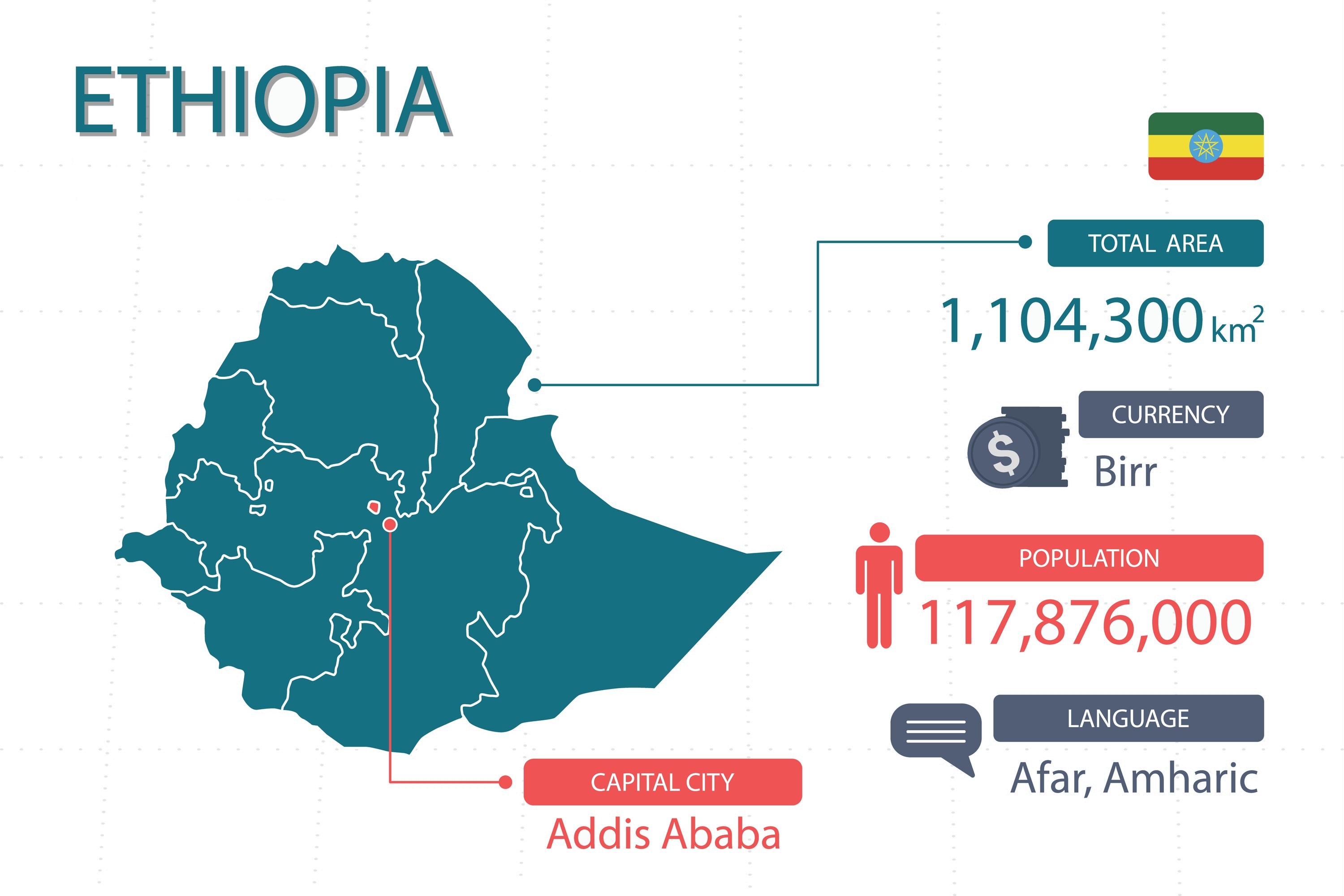 Ethiopia’s population as of 2020 was 11.5 crores. Ethiopia does import goods from multiple countries, but major import partners of Ethiopia, as listed in Ethiopia import data and Ethiopia trade data are China ($2.72 billion) trailed by India ($905 million), the USA ($557 million), and Kuwait ($533 million).

Ethiopia import data, derived from Customs authorities of Ethiopia that we provide to you is very useful and informative. Our data is based on updated and fresh shipping bills, invoices, and other important documentation needed for trading. We collect reliable information from Ethiopia’s ports, institutions, and other shipping companies. A variety of fields that are included in Ethiopia’s custom trade data are year, month, HS codes, importer name, product description, price and quantity, and much more important stuff.

Ethiopia import data is a type of custom data that is collected from the Customs authorities of Ethiopia that comes with an ample amount of information in addition to shipping details. You get to know everything from the importer’s name to the quantity and price of each product from this Ethiopia import data. We provide reliable Ethiopia trade data to you which we gather from trusted customs ports, government authorities, and other departments associated with the trade.

To conclude we will share our verdict which says that Ethiopia is ranked amongst the most underdeveloped countries in the world. Despite being on the list of top 30 countries with respect to land area, Ethiopia is still averagely ranked. The country can be profitable for those traders who deal in the trading of refined petrol and aircraft. The country is yet to get developed so as to improve its global rankings with respect to imports, trade, and Gross Domestic Product (GDP).