As per Guatemala import data, the country stood at the 78th position out of 226 countries in total imports in the year 2020. Significant imports of Guatemala as recorded in Guatemala trade data are clean petrol ($1.55B), broadcasting equipment ($650M), medicines ($538M), four-wheelers ($383M), and commercial trucks ($341M). 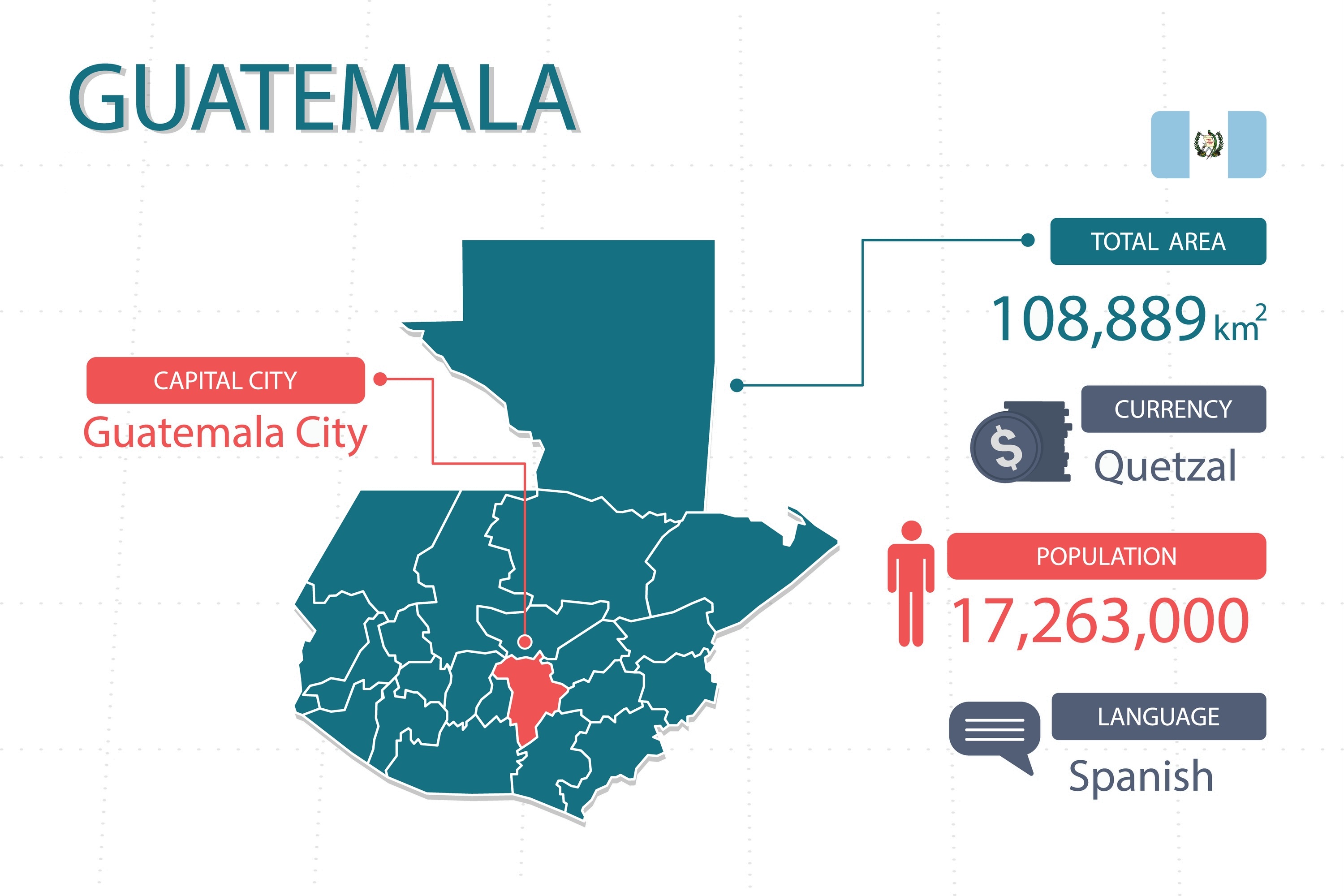 The population of Guatemala as of the year 2020 was 1.71 crores. Significant import accomplices of Guatemala as unveiled by Guatemala trade data are the United States ($6.01 billion), China ($2.53 billion), trailed by Mexico ($2.08 billion), and then El Salvador ($875 million). Costa Rica is also one of the biggest import partners of Guatemala.

Guatemala import data and Guatemala trade data information that we provide to you are very useful and informative. Our data is totally based on updated and fresh shipping bills, invoices, and other important documentation needed for trading. The information and database we provide to you will surely help you with making perfect decisions with respect to selecting the potential market to measure profits and market risks. We collect reliable information from Guatemala’s authorized ports, institutions, and other shipping companies. A variety of fields that are included in Guatemala trade data are HS codes, and product descriptions including the quantity, units, and price of each product being shipped.

Guatemala import data extracted from reliable authorities of Guatemala is a type of statistical data that comes with an ample amount of information. You get to know everything starting with the HS codes, and the description of each HS code to the quantity and price of each product from this Guatemala statistical import data. We provide reliable and accurate Guatemala Shipment data to you which we gather from trusted sources like from country’s authorized ports, government bodies, and other trusted institutions and authorities.

Guatemala is yet another developing nation and is categorized as a lower economic performance country. The country’s economy is dependent on agriculture and partly on traditional crops. There is a lot to develop in this nation as it lacks behind. The exporters across the globe who deal in goods like broadcasting equipment and medicines can export their produce to Guatemala as these goods are considered the major imports for the nation.