Thailand and Russia perform overseas trade frequently. Thailand exported car parts the most this year to Russia the most. 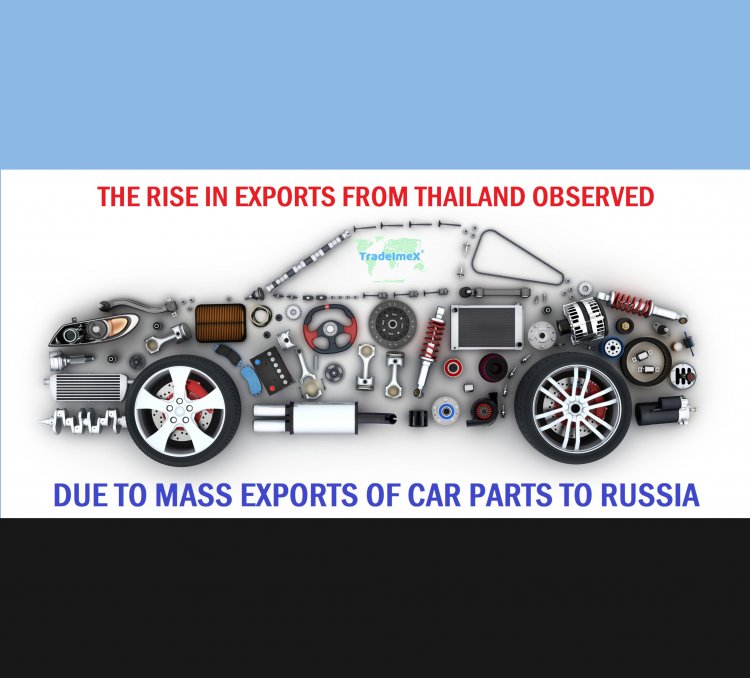 RELATIONS BETWEEN THAILAND AND RUSSIA

Thailand and Russia are supposed to be good friends for a very long period now. The Bilateral Trade relations between the two were first started during the nineteenth century. Both nations are into frequent trade practices and their bilateral trade is strengthening as each trade is completed successfully.

According to the Russia Export Data for the year 2020, Russia exported goods worth USD 1.4 Billion to Thailand which was the 43rd biggest trade in monetary terms for that year. The major products that were exported by Russia were:

As per the current market and trade scenario between the two nations, it has been observed that Russia exported commodities worth USD 56 million and imported worth USD 180 million from Thailand.

According to the Russia Export Data for the month of January 2022, Russia exported the following major goods to Thailand:

from the other side, i.e., according to the Thailand Export Data for January 2022, we get to know the names of some major products that were exported from Thailand to Russia and who dominated the Russia Import Data for the same time period. They are as follows:

EXPORTS FROM THAILAND ARE BOOSTING UP BECAUSE OF THIS REASON

Till now we have discussed that the relationship between the two nations is very good, and both are into frequent overseas trade practices. Still, one factor that is pushing the exports of Thailand is the Export of Car Parts to Russia. As per the latest statement of the governor of Thailand, Sasiwat Wongsinsawat, Thailand is planning to further increase its exports and strengthen its bond with Russia, so it is now focusing to export car spare parts to Russia as the marketers from Thailand sees a potential market of same in Russia.

According to the statement of the Thai Governor, it is pretty much clear that the primary aim of Thailand is to boost its trade. At the same time, the governor is also aware of the prevailing disruptions in market supply chains and economic policies in the international market. So, it is forecasted that Thailand will play smart and would be more vigilant and creative in formulating its strategies.

Sasiwat Wongsinsawat also added that both nations should focus on trading more of the traditional commodities too that was done in past years to maintain the flow of bilateral trade. Followed by this statement the official also mentioned that Thailand is ready to export car spare parts to Russia and the nation is waiting for Moscow to release a well-formulated list of items that are required by them.

The Thailand diplomat supported his statement by claiming that many Russian companies are also interested to import car parts from Thailand in big numbers. As per him, the Russian governments are also keen to do this trade with Thailand. The only thing which is causing the delay is the list with actual figures that what quantity of car parts and for which vehicles are required by the nation as a whole. The diplomat also added that in addition to motor spare parts, universal parts such as oil filters, rubber parts, and air filters are also in consideration with respect to trade.

It is very much clear and there is no scope for debate that the two nations have a very strong bonding with each other. This is supported by the fact that both countries are involved in trade practices every now and then. Now at present, the way in which the Governor of Thailand presents his offer to Russia seems that Thailand wants to strengthen its bond with Russia even more.

The claims made by the Thai Governor seem strong and it is expected that the deal will be successful soon. The Russia Import Data and Thailand Export Data will get a major boost if this trade materializes.

Like our blog? If your answer is yes then to stay updated and aware of the overseas market, analysis, and trends, subscribe to our newsletter and keep visiting our website: https://www.tradeimex.in/blogs.

We provide free samples and demos to enthusiastic marketers and traders who have a keen interest to know about the ongoings in the international markets.

For more information, connect with us over the mail at info@tradeimex.in or simply visit https://www.tradeimex.in/

Establishment of Free Trade Agreement between India and the United Kin...