Due to the tensions between the two nations, is it possible for India to ban Chinese products? Let's read the complete story. 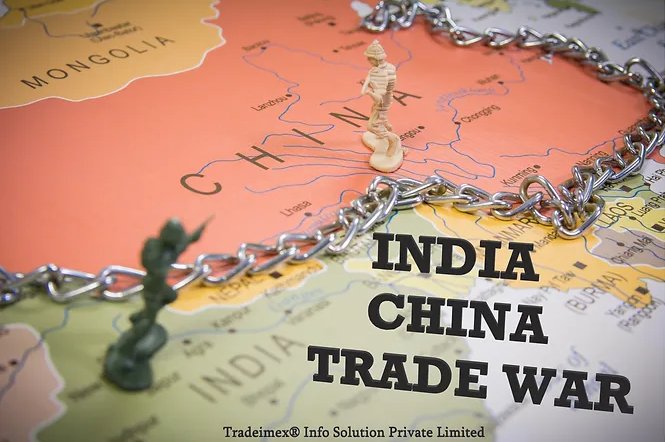 When India is stepping out on the path of becoming self-reliant AATMA NIRBHAR, in this context TradeImeX can provide an in-depth analysis of Trade stats of Indian Imports and bilateral trade between India and China because the main influencing factor will be China.

Today, Intense tensions between the two neighboring countries have begun as at least 20 Indian soldiers have been killed in a brutal showdown from Chinese forces over a contradictious border area in the western Himalayas, according to the Indian Army.

So again, this topic has risen an anti-China narrative wherein traders are again calling for a relegation in consumer goods Imported into India from China.

Local traders’ body Confederation of All India Traders (CAIT) on Wednesday circulated a statement in which they stated that “It will further mobilize traders in India to boycott Chinese goods and lend support to indigenous products after the India and China engaged in skirmishes at the Galwan Valley earlier this week.”

When Prime Minister Shri Narendra Modi, in his earlier address to the nation, gave a bugle call for an ‘Aatmanirbhar Bharat’, that was an initiative to promote the production amongst the masses against the products that we Import.

CAIT also released a list of 500 categories of goods that are imported from China that could be exchanged with goods made in India. These include items such as apparel, consumer electronics, kitchenware, watches, decorative lighting, toys, etc.

According to The association’s members “We have taken a firm pledge to support CAIT’s national movement to boycott Chinese products and promote Indian goods."

The top 11 Imported Products from China (Value-wise) are as follows:

Now the question is raised Can India prohibit the supply of Chinese products into the Indian Market?

So, the answer is NO, because as per the rules made by the World Trade Organisation, it is not possible to impose a full ban on imports from any country.

But yes, the Government of India can ban some Chinese products based on health and security issues. Commerce and Industry Minister replied in the Lok Sabha that the government of India had banned Chinese mobiles that do not have an IMEI number. China has also banned Indian milk products because of serious health issues. So likely India can impose an anti-dumping duty and countervailing duty on cheap Chinese products like electronic items and toys.

So, at this time, India can increase its productivity and can look for alternatives to China as a Supplier, for example, Vietnam.

There are many Potential Suppliers countries who can take place in China, Such as:

Write to us at Info@tradeimex.in for more info.

Mongolia Trade 2018 in a Glance