Coffee is Becoming a Popular Export Beverage Amongst Vietnamese Traders

Coffee is one of the major avenues for generating income in Vietnam. It was started with simple plantation system and now it is major economic source of the country. 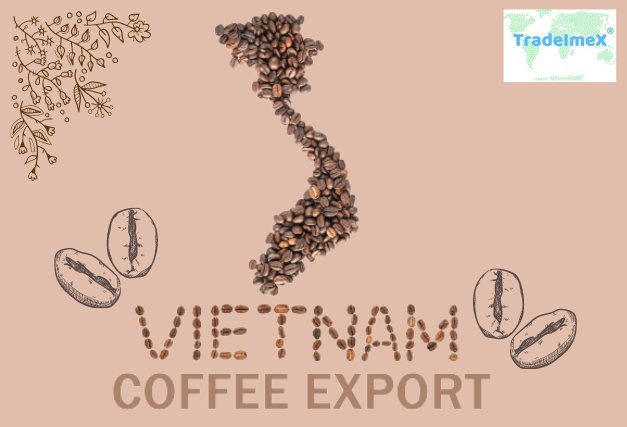 OVERVIEW OF THE COFFEE MARKET IN VIETNAM

Coffee is one of the major avenues for generating income in Vietnam. Coffee was first introduced before independence here which started with a simple plantation system and now it has become one of the major economic sources of the country. Vietnam is termed the 2nd largest coffee producer in the world which is followed by Brazil.

For so many years, Vietnam is into trading coffee across the globe and is on the verge of becoming a global leader in coffee production and trading. As per Vietnam Export data for the year 2020, It was the nation that exported coffee worth USD 2.25 billion which made it the 5th largest nation to do so. In the year 2020 itself, Coffee was Vietnam’s 26th favorite commodity that it traded across the globe.

If we look that who all imports coffee from Vietnam the most, then according to Vietnam Export data they are as follows: 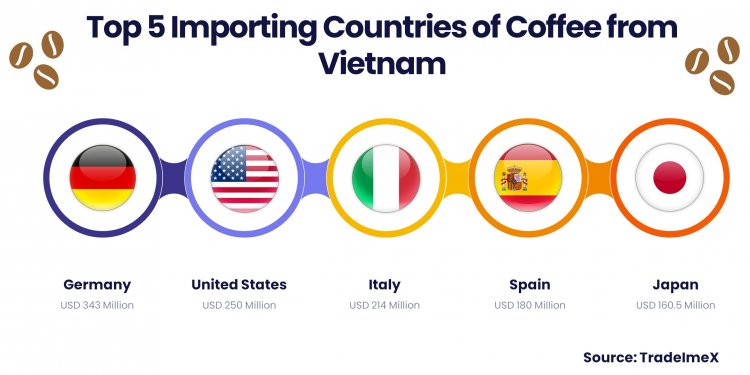 Japan and the Philippines are also increasing their dependence on Vietnam for coffee imports.

On the other hand, Vietnam also imports coffee from other nations as well. In the year 2020, the nation imported coffee worth USD 91 million which bought made the nation enter into the top 50 countries that import coffee the most.

As per Vietnam Import data for the year 2020, the nation imported coffee the most from the following nations:

VIETNAM COFFEE EXPORTS TO BREAK ALL PAST RECORDS THIS YEAR

As per the reports published by the Ministry of Agriculture and Rural Development (MARD), there has been observed a considerable amount of growth in exports of coffee as the increase has been noticed in Vietnam Export Data in the initial months of the year 2022 which has bought the amount close to USD 3 billion. If we compare this with the same time frame of the year 2021, then it is a growth of 37.5%.

By going further into the report published by MARD, we will also get to know that the major export market for Vietnam is that of the European Union (EU). It constitutes roughly 39% of the total market share of Vietnam Exports in just the initial eight months. As per Vietnam Export Data for the year 2022, Vietnam exports coffee majorly to Belgium, Spain, the Netherlands, and Portugal in EU countries. Despite the rise in coffee prices, there was no such major fluctuation in total exports to EU countries.

Besides the EU countries, other major countries that import coffee from Vietnam are Russia, the United Kingdom, India, and Mexico. The major growth is seen in the United Kingdom Trade data concerning coffee as a commodity. In the same time frame, the UK imported coffee from Vietnam worth USD 70.7 million which translates to 34,750 tons of coffee. This became only possible because of the Free Trade Agreement between Vietnam and UK and Northern Ireland.

If we refer to the US Import Data for the year 2022, the country imported 833,950 tons of coffee which account for close to USD 4.7 billion from Vietnam in the initial six months of the year. This figure was up by 5% in terms of quantity and 51% in terms of value as the coffee of Vietnam costed USD 5,600/ton during that specific time frame.

After discussing all the facts and figures, it is pretty much evident that the coffee industry in Vietnam is set to rise more in the future. Due to the increased dependence of each country on Vietnam for coffee, the Vietnam Trade Data will be soon dominated by coffee exports.

Nonetheless, by the end of 2022, it is estimated that the nation will make coffee exports close to USD 4 billion. The country has already crossed the benchmark of USD 3.1 billion in the initial three quarters which when compared to the stats of last year, showed a growth of 37.5%. Also, Vietnam is increasing the cost per ton of coffee to generate additional revenue and profits as many countries are dependent on Vietnam for coffee exports and the western population can’t stay without coffee.

Enjoyed reading the blog? Comment down your thoughts and if you are looking for more such amazing market analysis reports, become our subscriber by simply signing up to our newsletter.

Mail us your queries at info@tradeimex.in and get personalized assistance from our experts along with free demos and samples.

Stay Updated about every update about the international trade market through our website: https://www.tradeimex.in

Coffee is Becoming a Popular Export Beverage Amongst Vietnamese Trade...