In the current year 2022, some nations have shown an increased interest to import crude oil from India. 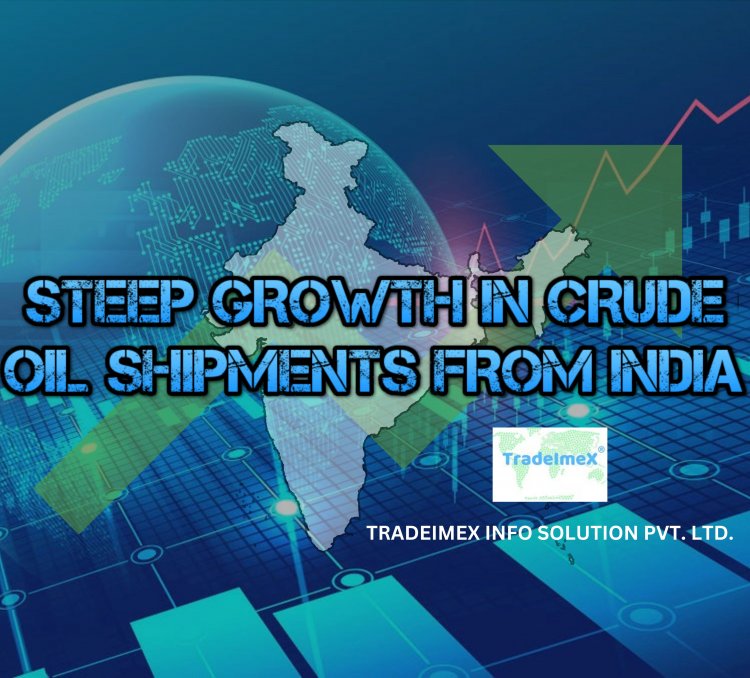 India is considered the Second Biggest Refiner of Crude Oil in Asia as it constitutes the second biggest oil refinery in Gujarat which is named Jamnagar Refinery owned by Reliance Industries Limited. At present, the oil refining capacity of the nation is close to 225 metric tons. In the next 10 years or so, India is planning to double its oil refining capacity which will be near 450 metric tons. The officials took this decision to fulfill the demand of the ever-increasing population of the country and some for the export market.

There has been a steady increase in the production and consumption of crude oil for a few years. As per the statistics for the year 2021-22, petroleum products produced were close to 254 million metric tons in value. If we talk about crude oil production, then it was somewhere around 30.58 metric tons, and natural gas was 28.65 BCM. The three prominent crude oil-producing companies in India are Bharat Petroleum Corporation (BPCL), IOC, and Reliance Industries (RIL).

In the current year 2022, some nations have shown an increased interest to import crude oil from India. As a result, the exports from India have soared with those nations. These nations are Brazil and Netherlands. The Netherlands has recently become the 3rd biggest destination for India to export crude oil as can be seen by studying the Netherlands Import Data for the current year. It has secured its position just below the USA and the UAE. On the other hand, another nation named Brazil was previously in 20th position, at present it is at 8th rank and Brazil Trade Data is dominated by India’s Crude oil Imports.

Not only the Netherlands and Brazil have increased their crude oil imports from India, but the third nation named Tanzania has also shown interest in this regard. During the current fiscal year, Tanzania saw a growth of three times amounting to USD 2.4 billion.

During the period starting from April 2022 to October 2022, total exports of India went up by 12.5% crossing a benchmark of USD 263 billion among which exports of oil and oil products grew by almost 70%. The major nations contributing to this 70% growth are the Netherlands, Brazil, Togo, Tanzania, Israel, and Oman. If we talk in statistical terms, then exports to the Netherlands rose by almost 82% from 2021 to 2022. Followed by Brazil where the change was close to 66%, Indonesia with a change of 30.4%, and Tanzania with a change of 200%.

WHY COUNTRIES ARE SHOWING INTEREST TO IMPORT CRUDE OIL FROM INDIA

The reason behind this trend is the prolonged Russia-Ukraine war which has disturbed the oil supply globally due to the rise in crude oil prices and boycotts of Russian products. This has caused a decline in Russia's Crude oil exports and trouble for other nations due to the non-availability of crude oil. On the other hand, India is the only nation as per Russia Export Data that imported crude oil from Russia in large quantities and exported the same to other nations and mainly European nations at reasonable prices and without any hassle.

We hope you are liking our report up till now and getting a good amount of knowledge on why India is becoming a favorite destination for other countries to import crude oil from. According to our estimates, till the time the Russia-Ukraine war is ongoing, and the boycott of Russian goods trend will continue, India will be able to export more quantities of crude oil to other countries. As of now, the Togo Trade Data along with France Trade Data and Nigeria Trade Data is dominated by crude oil imports from India. This trend is going to continue for some more future years too.

STAY CONNECTED WITH US

Did you find our report informative and helpful? If you feel yes, then you should SUBSCRIBE to our newsletter to get regular insights about international trade and market analysis.

We provide Free Samples and demos to our subscribers and enthusiastic marketers who are keen to know more about the ongoings and latest happenings in the overseas market.

Crude Oil – A Major Import Product of India from Russia

Philippines is about to Import 1.2 Million MT of rice in 2019

A brief overview of Mobile Handset Export from Vietnam