Japan is also recognized as an island country which is in the Eastern part of Asia, or we can say to the northwest of the Pacific Ocean. Japan is bordered by the Sea of Japan to the West. It also shares borders with various other water bodies like the Sea of Okhotsk, East China Sea, and Philippines Sea. Japan is the 17th biggest country in Asia with regard to land area. Across the globe, Japan has secured the 63rd position in terms of area as it covers approximately 377,975 km^2 of land area.

Total exports of Japan, as per Japan export data until the year 2020 were 623 billion USD.

As presented by Japan trade data for the year 2020, Japan stood in the 04th position as the largest exporter of goods in the world among 226 countries. The top commodities exported by Japan to date are four-wheelers ($83B), integrated circuits ($31.2B), motor spare parts ($28B), Photography equipment ($12.1B), and other machinery ($12B).

As per Japan Statistical data, Japan was the biggest exporter of the following commodities across the globe: machinery, big construction vehicles, hot rolled iron, and insulated capacitors. 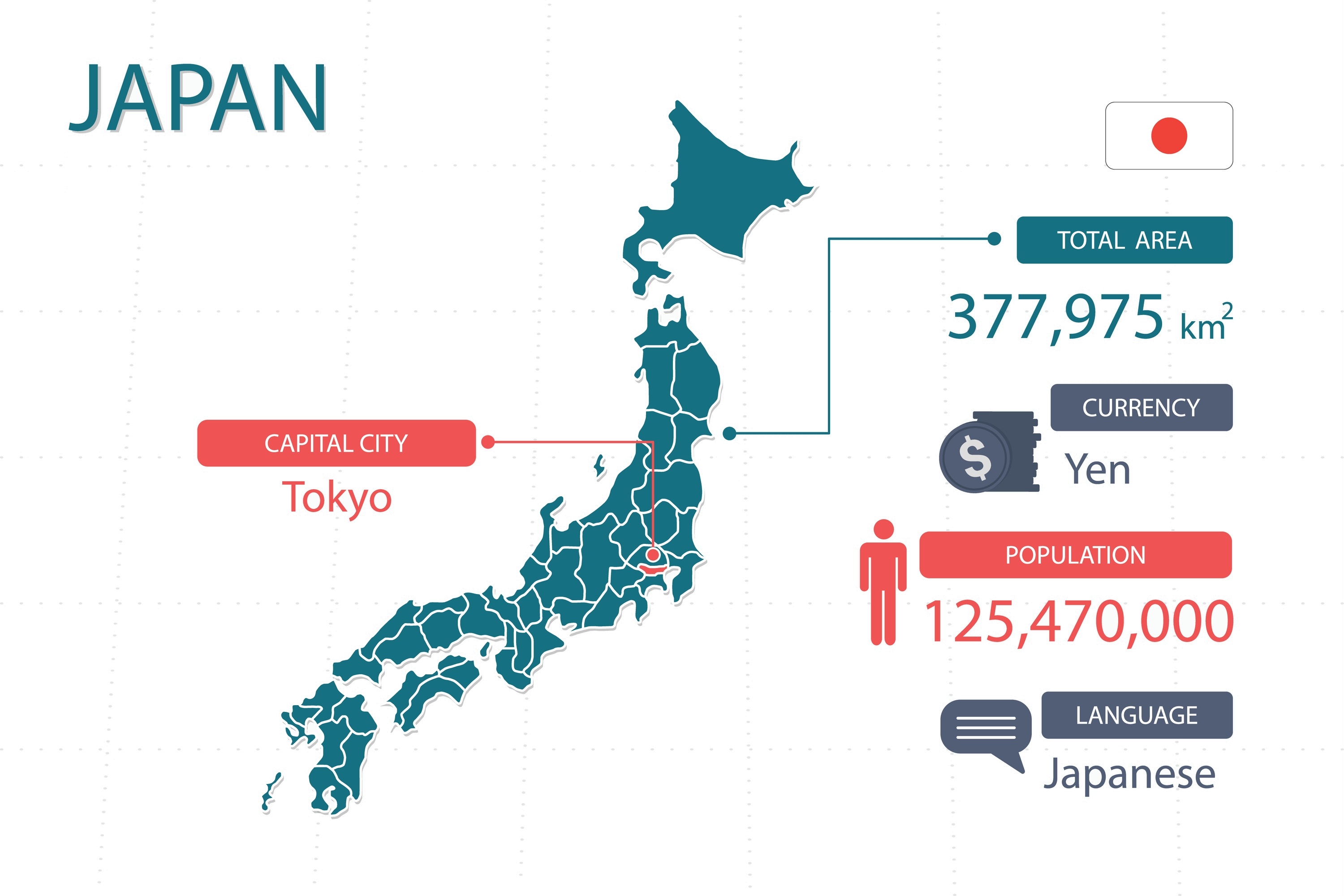 The population of Japan was close to 12.54 crores as per 2020 Sensex. Significant commodity accomplices of Japan as recorded in Japan trade data are China ($133.1B), followed by the USA ($112B), then South Korea ($50B). Chinese Taipei and Hong Kong are also the biggest export partners of Japan as listed in Japan Shipment data.

Japan export data and Japan trade data information that we provide to you is very useful and informative. Our data is based on updated and fresh shipping bills, invoices, and other important documentation needed for trading. The information and database we provide to you will surely help you with making perfect decisions with respect to selecting the potential market to measure profits and market risks.

We collect reliable information from Japan’s authorized ports, institutions, and other shipping companies. A variety of fields that are included in Japan trade data are HS codes, and product descriptions including the quantity, units, and price of each product being shipped.

Bill of Lading data is particularly based on proving information about shipping and other related stuff. This data is dedicated to shipments and other details like the pricing of products are missing. One can get information about dates, name and address of shipper, freight charges levied, and name of the commodity being traded.

We provide the Bill of Lading data of Japan along with many other countries. The data is at the topmost level in regard to correctness and data reliability. Although, the Japan database is based on statistics, additionally, we provide a Bill of Lading database to you at affordable prices.

For your convenience and better understanding, we have enclosed a sample featuring the Bill of Lading data of Japan with complete details so that you can experience how it looks after having all details in it.

Japan export data is derived from reliable authorities of Japan. This data is a very handy and useful piece of the report that can give complete information to the trader and marketer.

Apart from this Japan export data is capable to make a person aware of the modes of transport and destination country. Japan trade data even provide competitor analysis of different companies in a particular region which can be very beneficial for each marketer and trader so that he can take his final decision accurately.

We conclude by stating that the Japan is going through the best of its times as it has secured 4th rank in total exports and doing an export business worth billions of dollars. The economy is developed and at its peak. Marketers of Japan dealing in products like cars and integrated circuits should focus on exporting their goods to rest of the world as it is a chance for them to maximize their profit margin several folds.